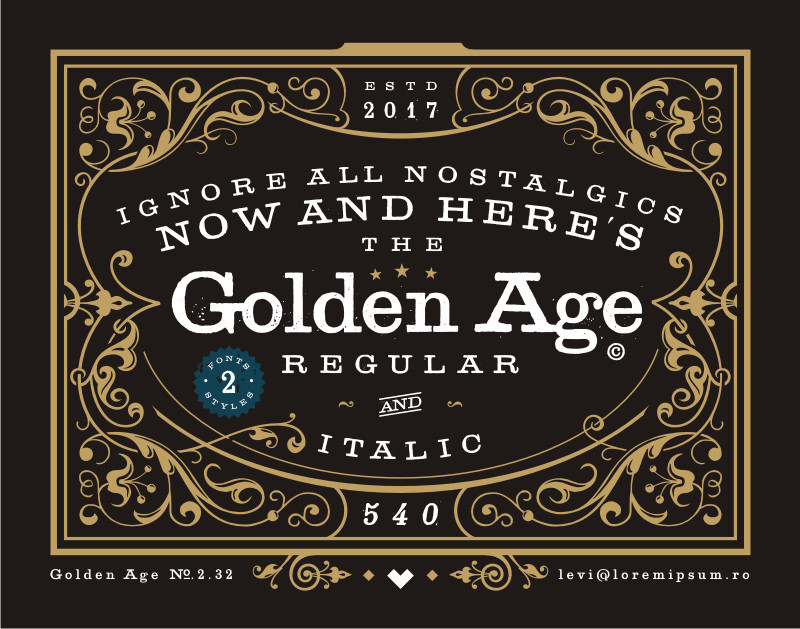 Restoration of an old font from the 30’s, with the missing glyphs added using parts/elements from the few existing ones. In respect for the old design I tried not to interfere too much in spacing or shapes, to keep it as genuine as possible. The italic version is made exclusively to allow placing the text diagonally, at 9 degrees. For the hash I used the “Numero” sign and for the ampersand the “AND” catchword, just to add an extra reference to the period. The next step in development will probably be to include more catchwords and specific graphic element/icons. Overall, even with its wide letters and serifs, I’m very pleased with the way this font acts on curves, it’s almost like it’s made for circles/stamps.