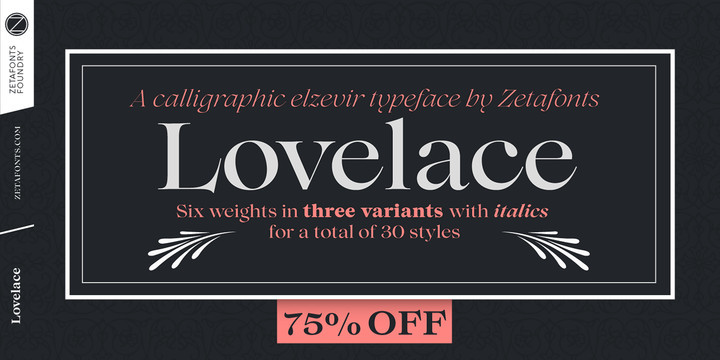 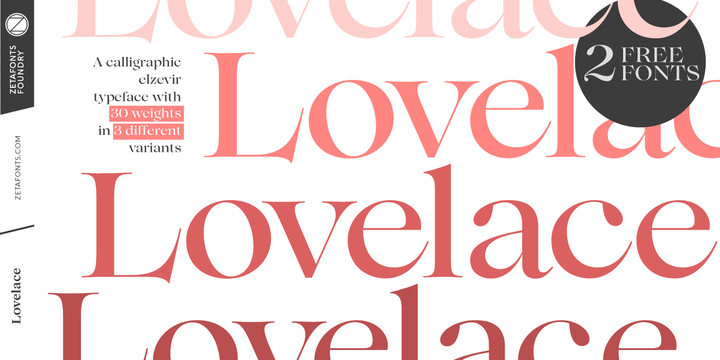 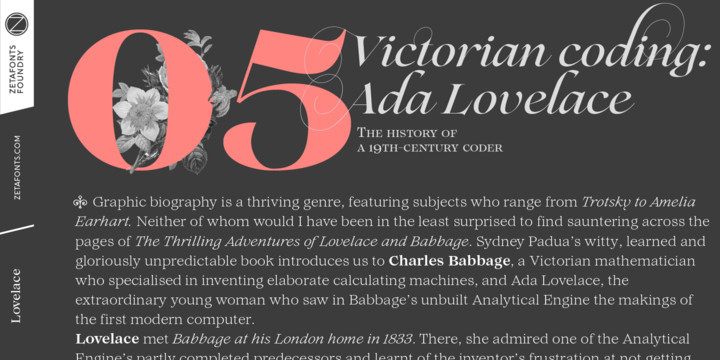 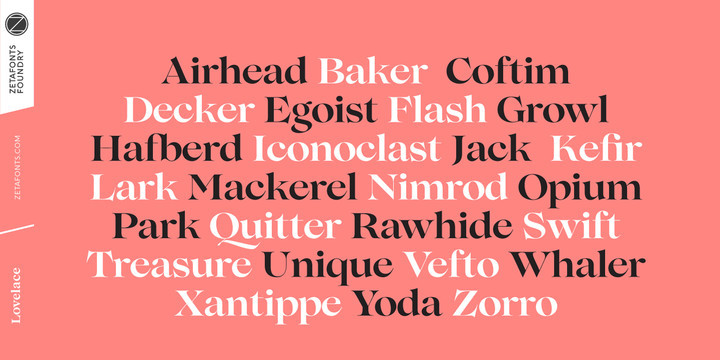 Dear All. Befonts introducing the new serif font family. Designed by Cosimo Lorenzo Pancini and Andrea Tartarelli with Maria Chiara Fantini, Lovelace Font Family shared by Zetafonts. Lovelace is Zetafonts homage to the tradition of nineteenth century “Old Style” typography – a revival of Renaissance hand-lettered shapes driven by the desire to create a less formal and more friendly alternative to Bodonian serifs. While taking inspiration from the letter shapes created by Pheimester or Alexander Kay – with their calligraphic curves and heavy angled serifs that influenced Benguiat and Goudy’s typefaces in the 70s – we also tried to add elegance and contrast by following another 19th century revival style: the Elzevir. This digital homage to victorian typography, aptly named after the algorist daughter of lord Byron, is developed in two optical sizes, both in a six weights range from extralight to extrabold.

This is the demo version, only 2 styles.